thoughts from a non-theist

This is Chris Taylor, he lives in Conroe, Texas, and fancies himself as a teacher….he’s also been on a bit of a twitter roll today, sharing his ‘thoughts’ on several matters. 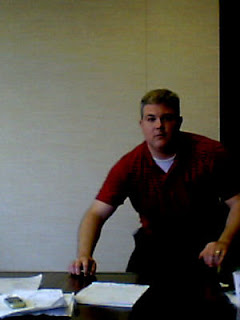 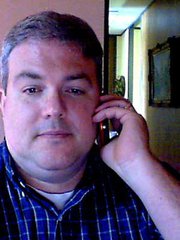 He has hopes to become a teacher again, but should he be allowed to? Have a look at his posts below (which he, hilariously stupidly, calls Students ‘stds’) and think – would you want this man anywhere near your kids? 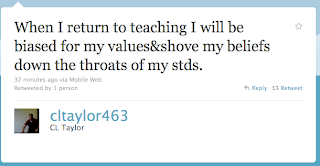 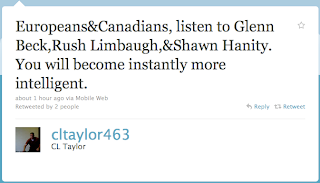 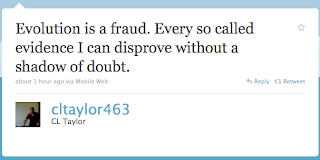 Interesting eh? Openly admitting that he’ll abuse any teaching position to push his beliefs, and showing what can only be described as a staggering ignorance of every single topic he discusses, Chris Taylor should never ever be allowed near children. His entire twitter timeline stands as a monument to the racism and idiocy of this individual.

He claims that he was a Sam Houston University alumni, but either that University isn’t very good, or Chris Taylor is a liar who never went (I suppose a third option, that he went and failed every class, is another possibility)

Here’s the thing – I’m going to gather contact information for the School Boards in C L Taylor’s district, and then I’m going to send them a link to the lunacy, racism, bigotry, and stupidity of his feed. There’s no way any responsible adult could allow this maniac near kids.

30 thoughts on “C L Taylor, on a Bullshit Roll”

Write what you like, but don't cry if you act like a dick and get banned for it Cancel reply